We left our driver at Kumarakom, after 6 days as we plan to travel the rest of our trip by public transport. Unfortunately, online train tickets to Varkala were sold out & initially we were told we’d have to get a driver costing £40.

After a bit more ‘research’ we were told we should go to the station in Kotayam & buy Local’s tickets on the day. We were advised to buy sleeper carriage tickets, to be sure of a seat, as it would be standing only in the overcrowded lower class ‘seated carriages’ (& we’ve experienced that before in Sri Lanka).

The tickets cost us £1.30 each & we had a seat in the ‘office’ fan ‘cooled’ carriage (despite the terrible smell from the latrines for the entire journey). 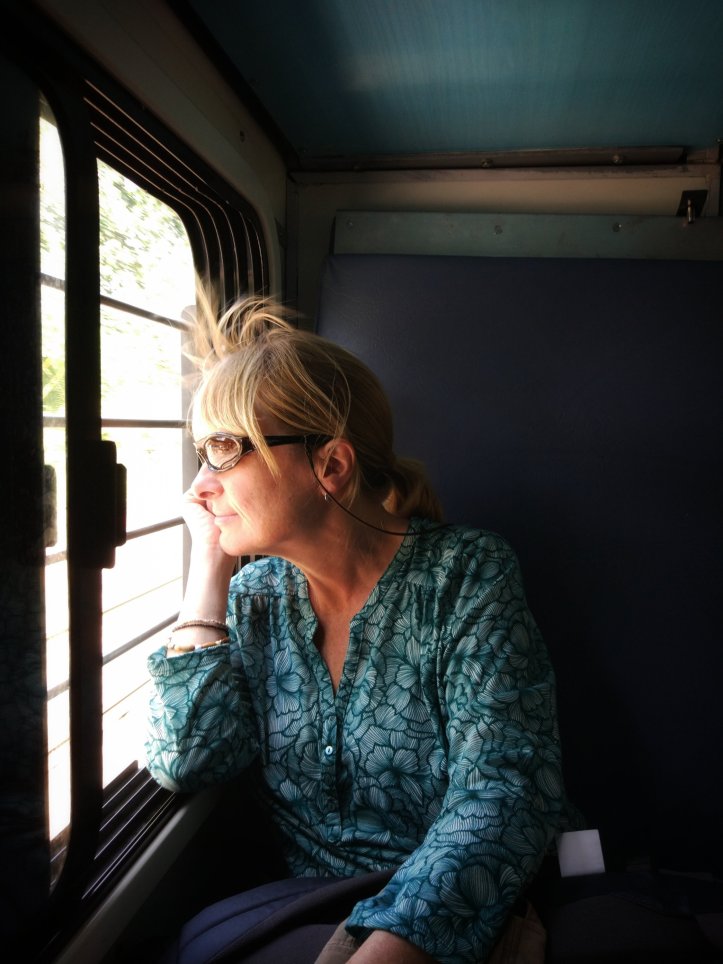 The journey took nearly 3 hours & then a 10 mins tuk tuk journey to the beach area where we were staying.

A picturesque place, that although has moved with the times & tourism, doesn’t seem to have been spoilt (apart from the rubbish strewn cliffs, which is the first time we’ve witnessed so much plastic & rubbish on this trip). 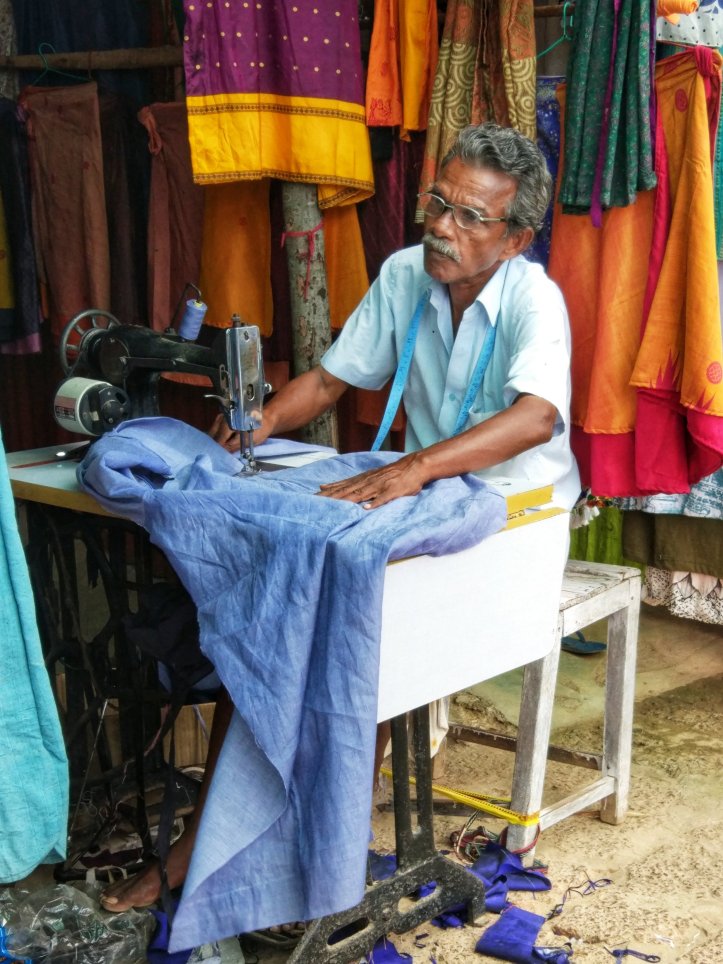 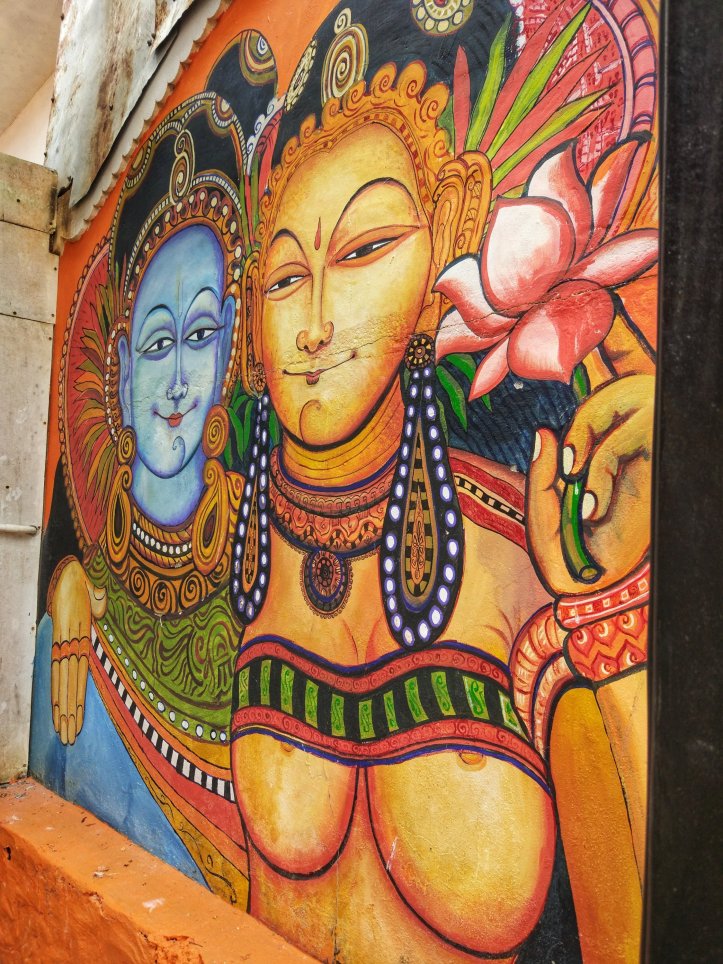 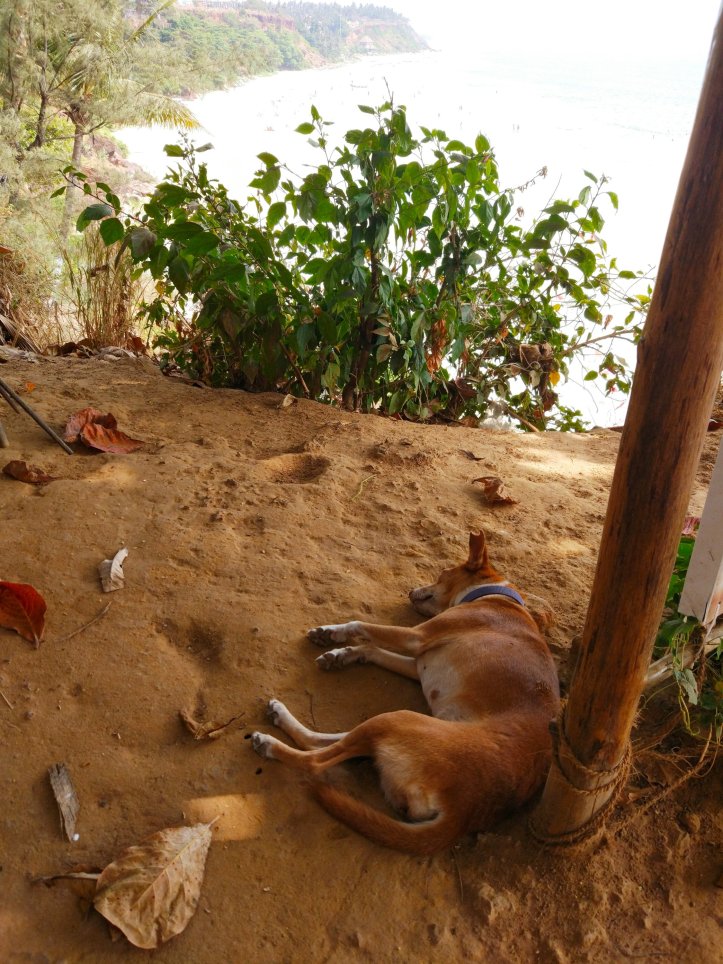 Although there are many dogs in the town, it appears they are well fed & neutered (TNR program Varkala) & just want somewhere cool to sleep 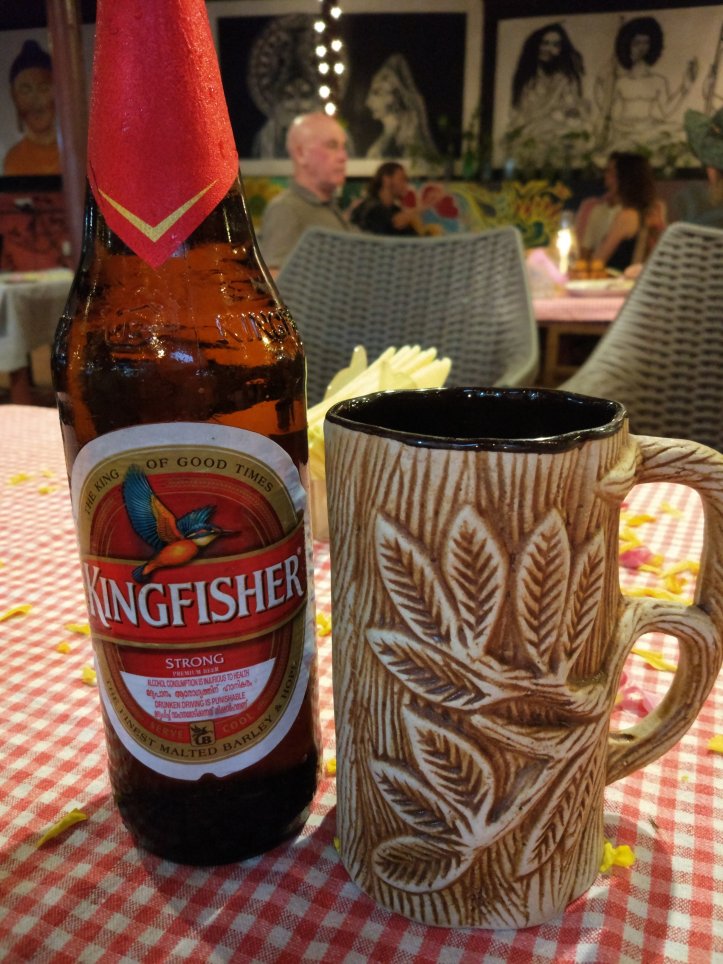 There are loads of bars & international restaurants 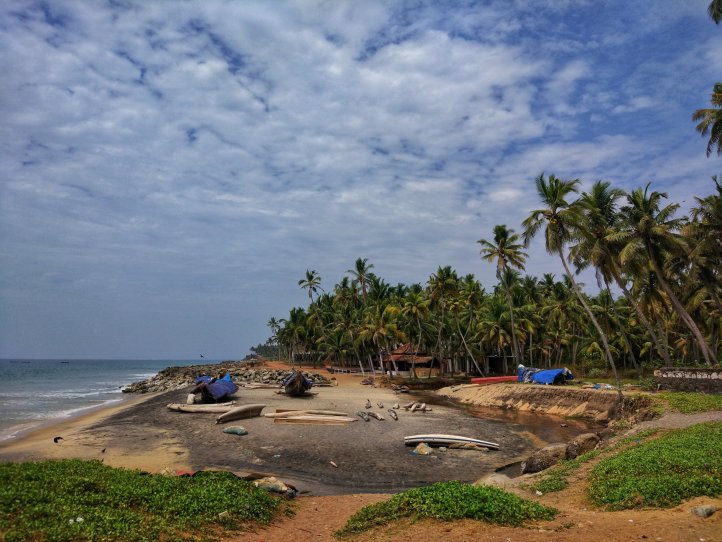 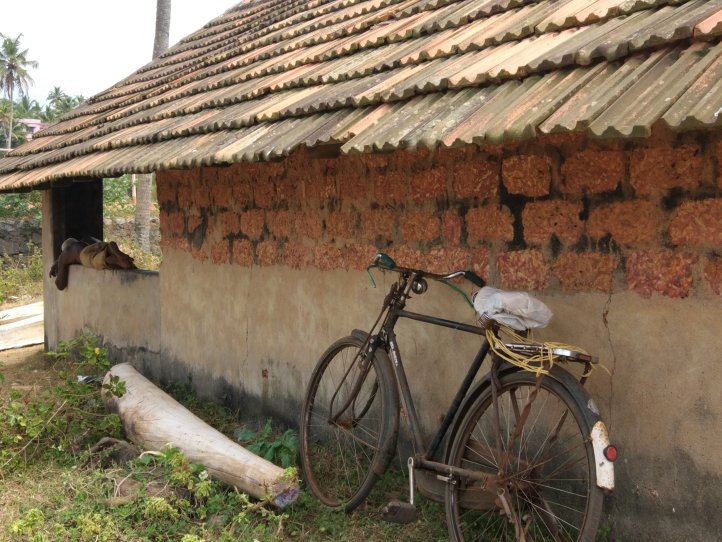 At the northernmost end of the cliff top, is a small fishing village 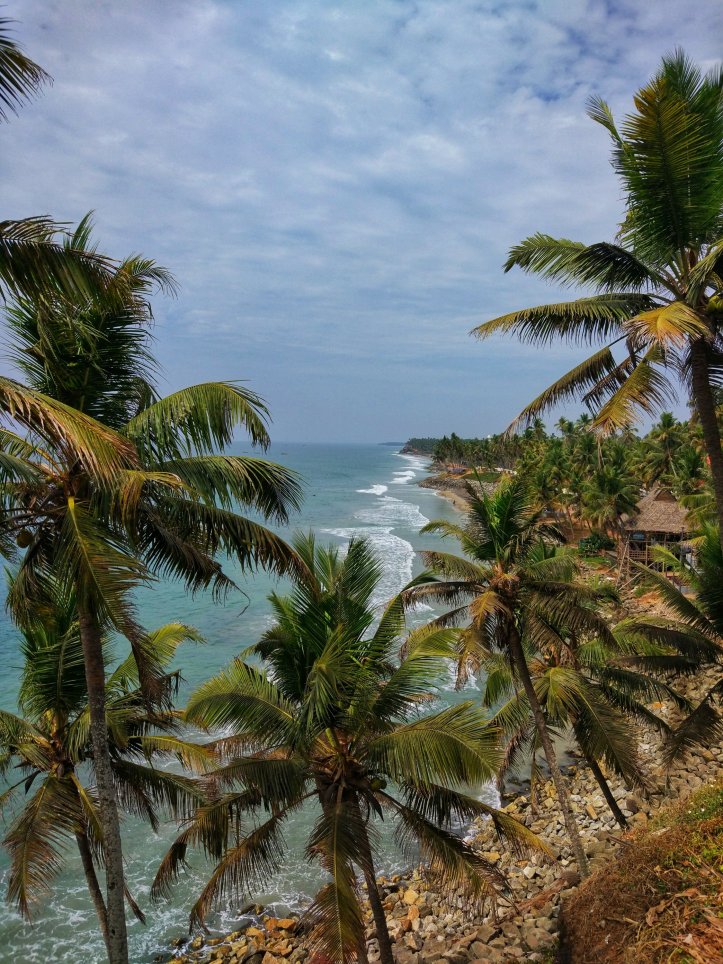 On the beach is a famous natural spring revered for its medicinal healing properties.
The 2000-year-old Vishnu Temple along with the Sivagiri Mutt attract a steady stream of visitors all year long. Many Ayurveda centres have been set up in the area as well, which only adds to its appeal. 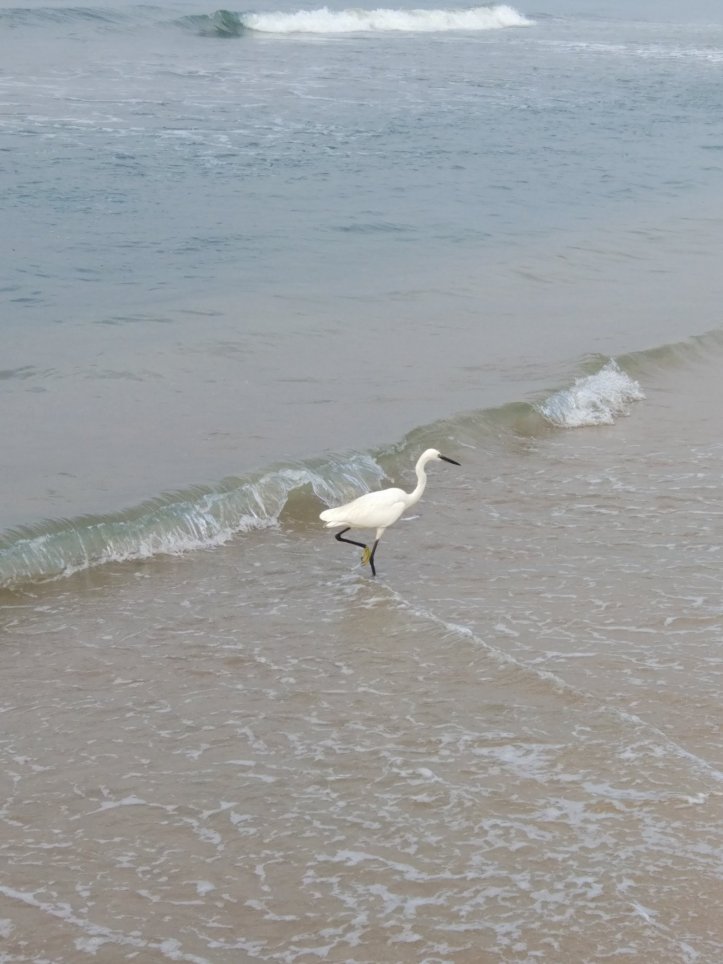 It’s also a perfect place for Twitchers, with a variety of seabirds including sea eagles. 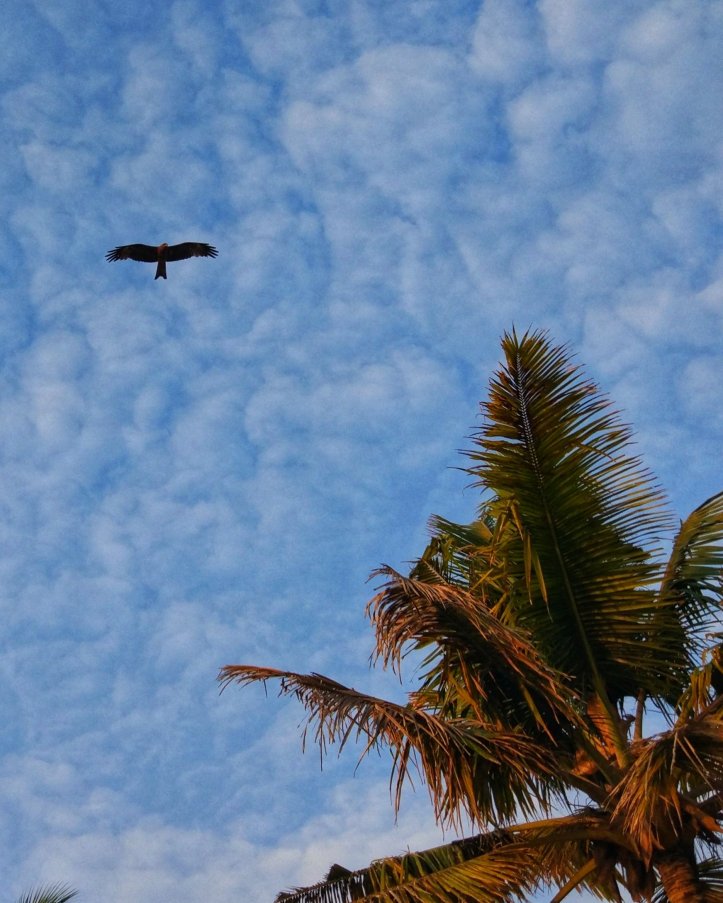 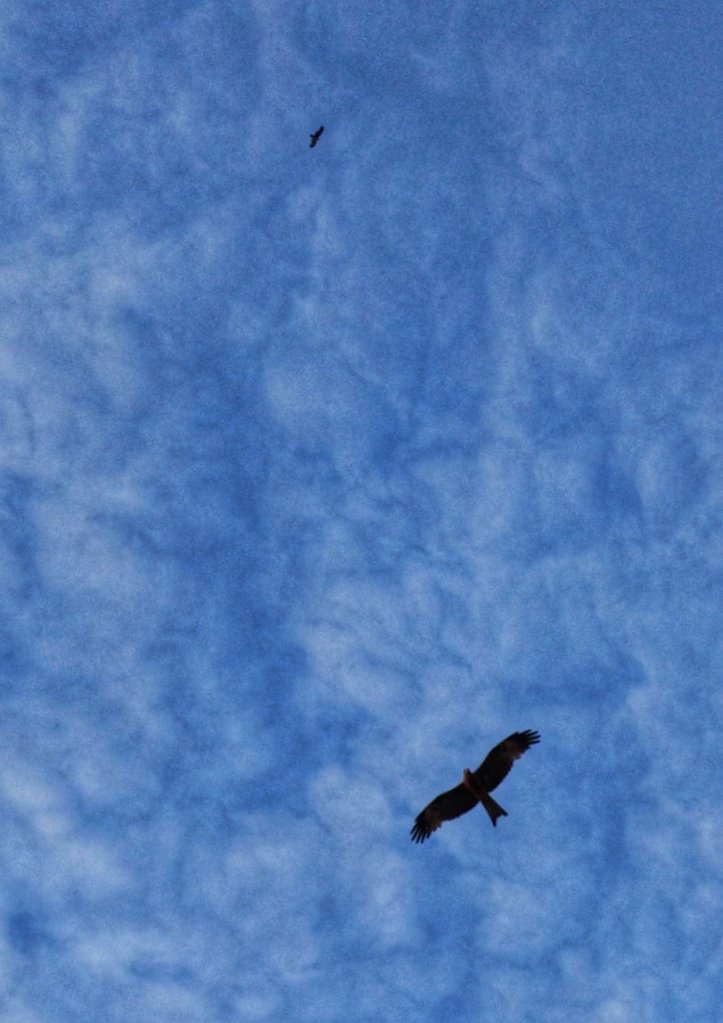 Due to the religious history of the village and according to Hindu and Sikh ritual, the ashes of cremated bodies must be scattered in the sea, or in waters that flow to the sea, to transport them to the next life. 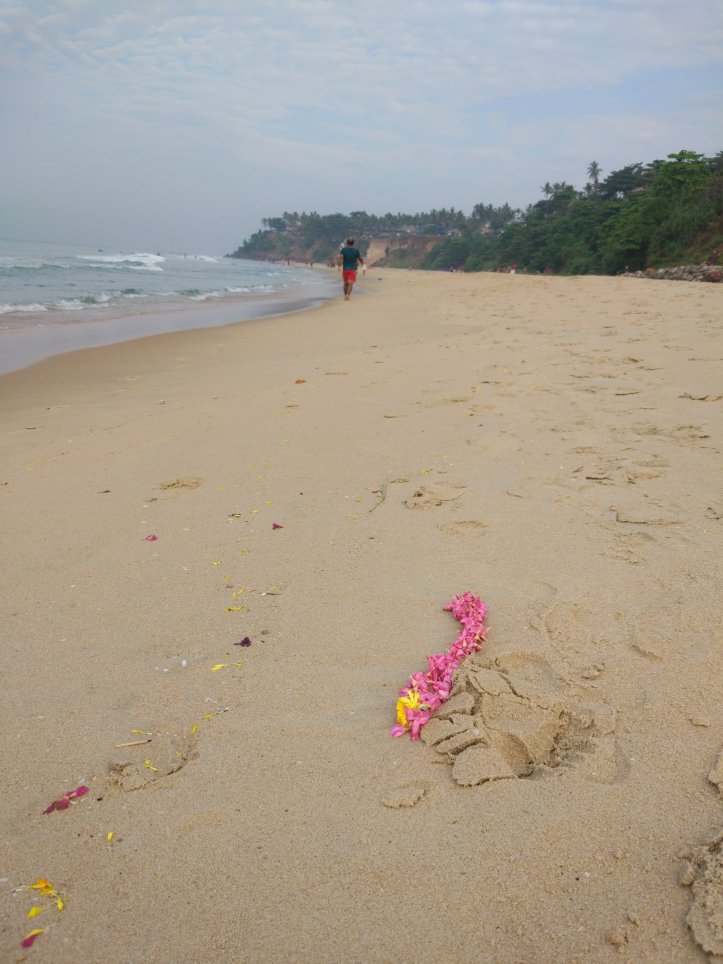 Many ceremonies are therefore held on the beach & flowers & urns can be found dotted along the shoreline.

Traditionally a fishing village, Fishermen can be found mending their nets at the far Northern & Southernmost ends of the beach. 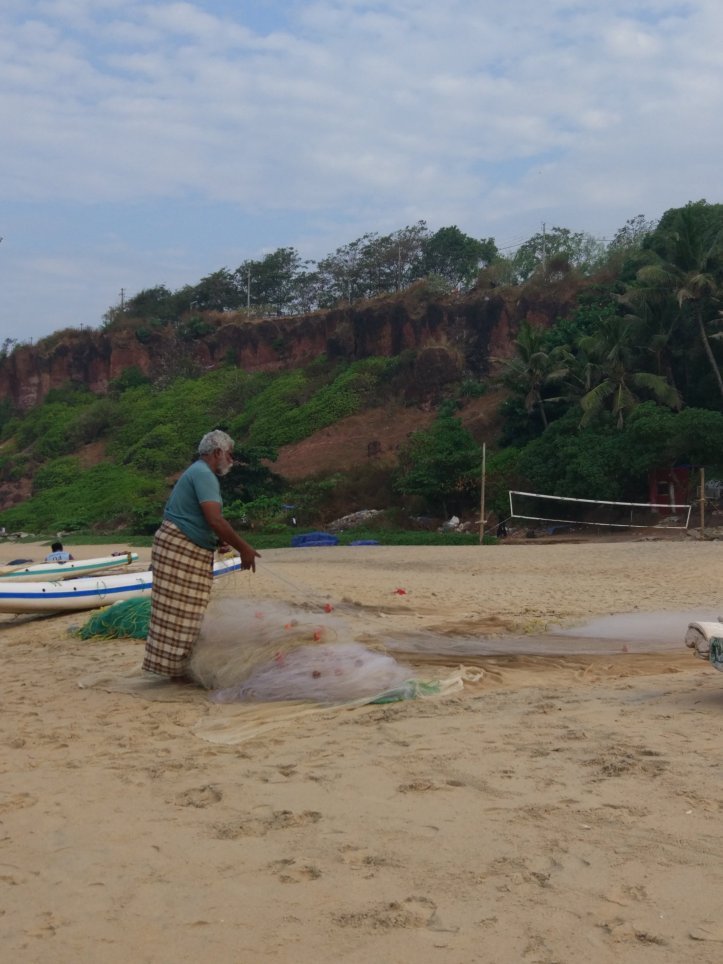 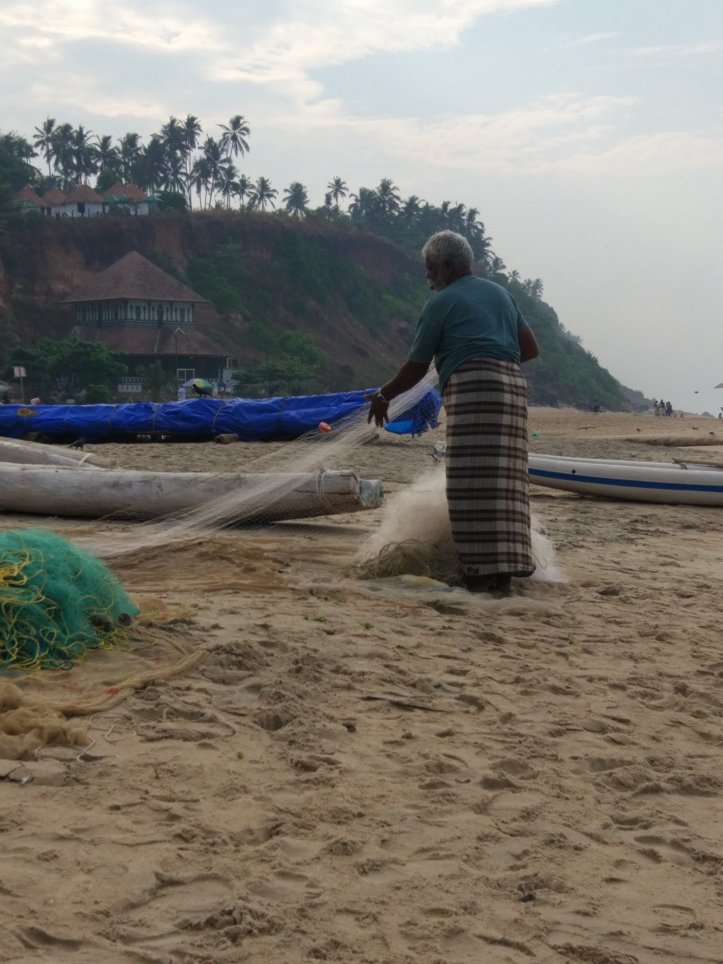