History
Established as the capital of unified Viet Nam in 1802, Hue was not only the political but also the cultural and religious centre under the Nguyen dynasty until 1945. Hue was the national capital until 1945, when Emperor Bao Dai abdicated and a communist government was established in Ha Noi (Hanoi). In 1949 a new capital was created in Sai Gon (Saigon), in the south.

During the two Vietnam Wars, Hue’s central location very near the border between the North and South, put it in a vulnerable position & much of the city was bombed.

What to see
The Citadel inc the Imperial City & Purple Fobidden City
Situated on the Huong (Perfume) River, The Citadel is a collection of monuments from the Nguyen Dynasty & is a UNESCO World Heritage site. If you are interested in the history & amazing Confucion principles that lead to its construction, see the following Video which is shown when you visit the site (in Vietnamese with English subtitles).
<

The Huong River (Perfume River)
Take a stroll along the river & find the hidden cafes & coffee areas along the embankment. For a large city, it is amazingly green; with parks & grass banks with shady trees.

Take a dragon boat cruise
These run hourly cruises from $5.

Eat in one of the city`s amazing eateries
From fine dining, Vietnamese Coffee shops, Pho shacks or ladies with their pop up stalls, there is plenty to eat. Try local beers Huda or Festival, or even a glass of locally produced wine from Dalat. 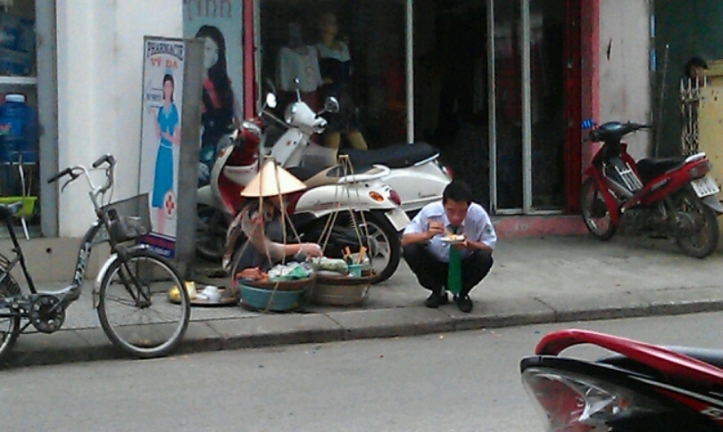 We only stayed 2 days but you can also visit:
* De-militarilised Zone
* Tombs
* Japanese bridge