We decided to fly to Guatemala rather than take a 16hr / 2 day bus journey via Honduras & then El Salvador. It only took 3hrs including a 1.5hr stop over in San Salvador airport. We’re so glad we did, as it not only: saved time, cut out 3 border crossings, was safer, but also allowed us to travel in the luxury we craved, after so many chicken bus journeys.

As soon as we landed in Guatemala City, we arranged a shared shuttle & headed for Antigua.

History
In 1543, the Spanish settlers moved the capital (having had 2 previous homes) to Antigua, where it remained for 200 years. In 1717 & 1773 major earthquakes hit & destroyed nearly 2000 buildings. In 1776 the Spanish Crown decided that the capital be moved to its current site; Guatemala City.

Antigua is a beautiful city full of history & culture mixed with a modern day international influence.

Ruins
Because of the history of the city, there are loads of ruins to see. Everything is within walking distance. 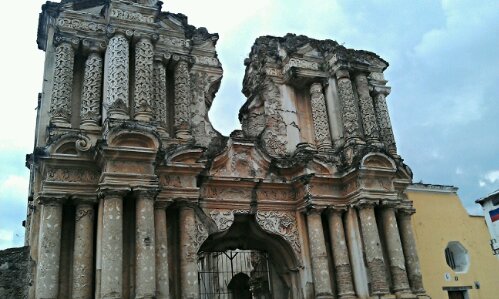 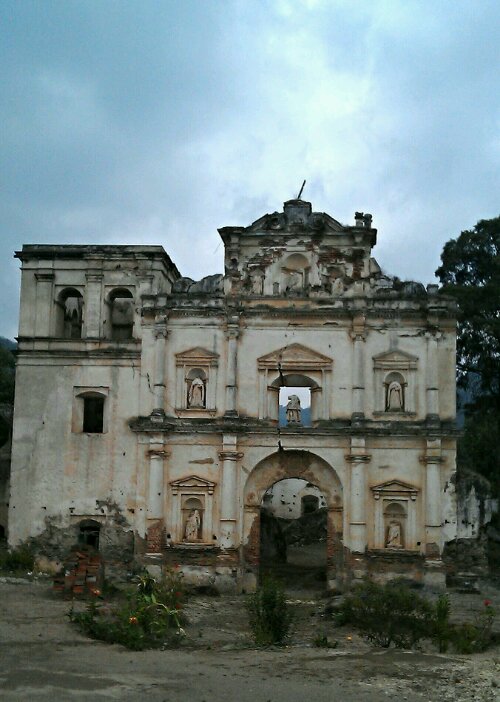 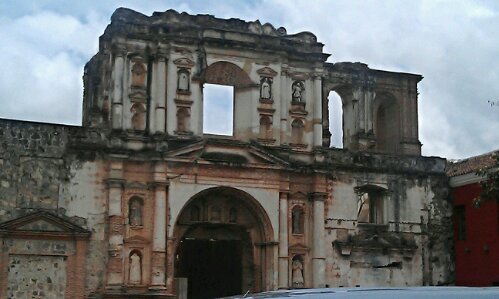 Mayan People & Crafts
If you sit in the Central Plaza, you will see the local Mayan people selling textiles & craft items. These include textiles, embroidery, flutes & ceramics. 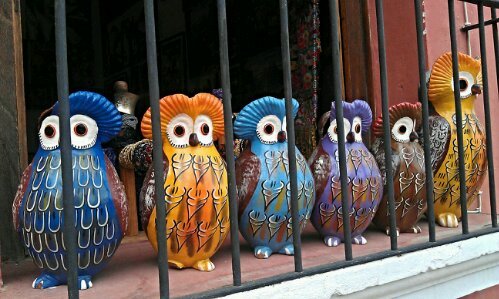 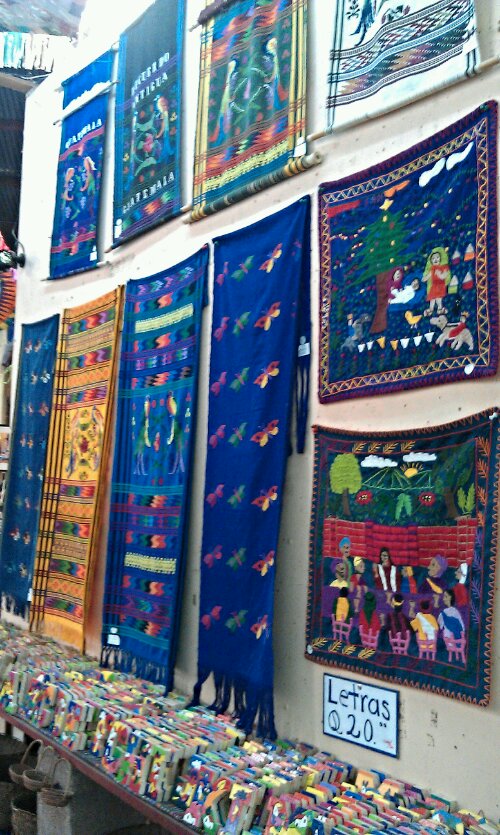 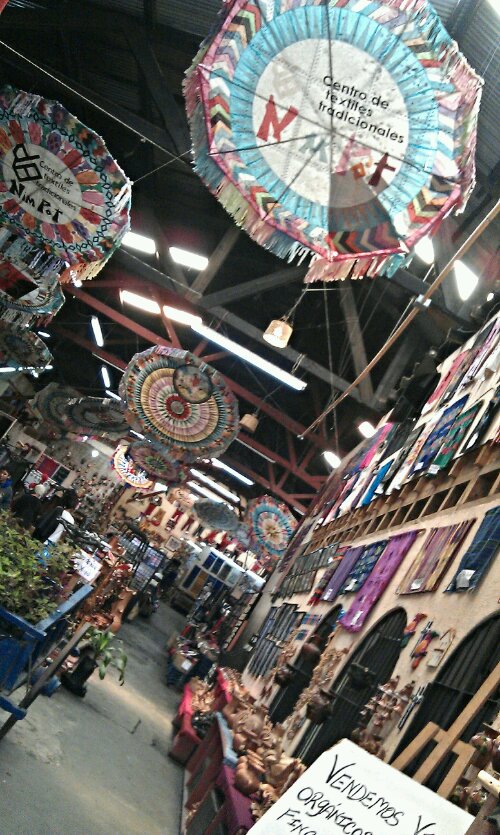 Architecture
The buildings are mainly single story around the city. There are beautiful wooden doors leading to oasis like courtyards, hidden shops or craft centers. 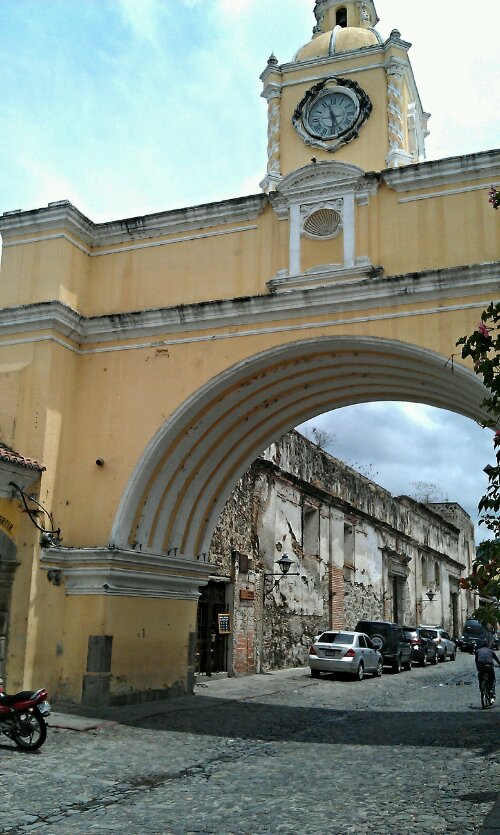 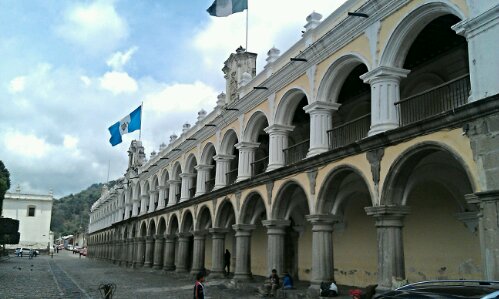 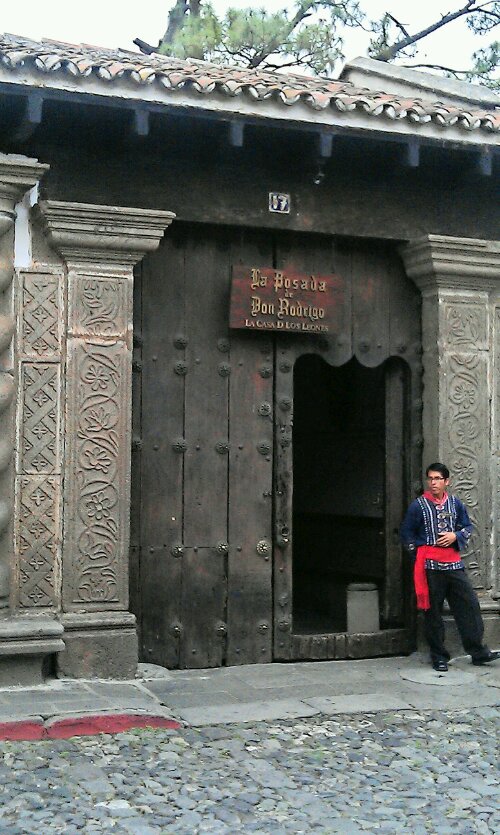 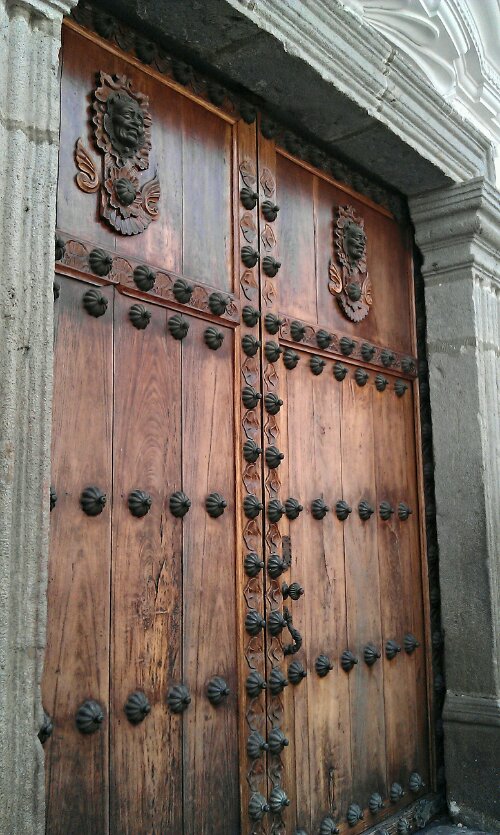 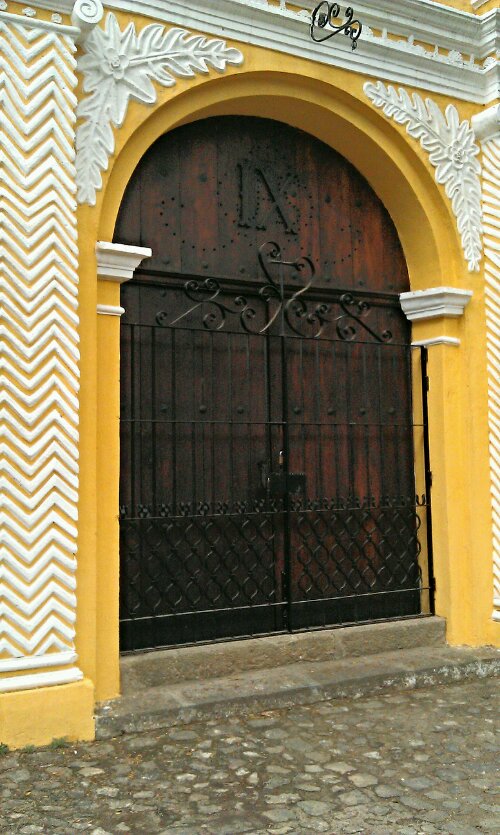 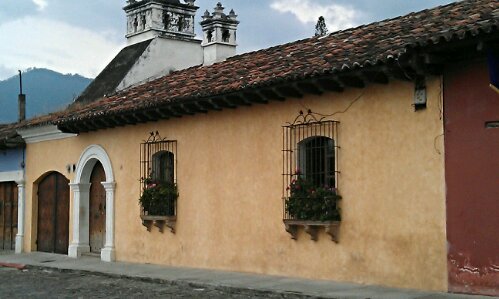 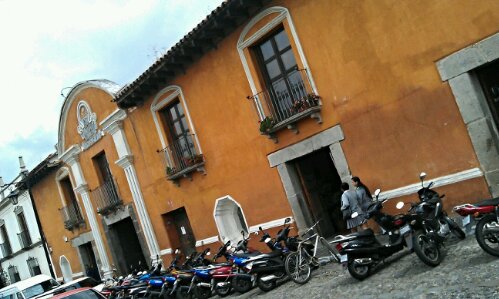 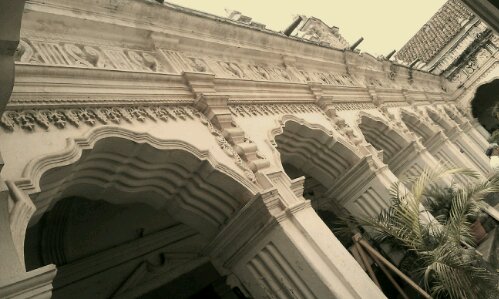 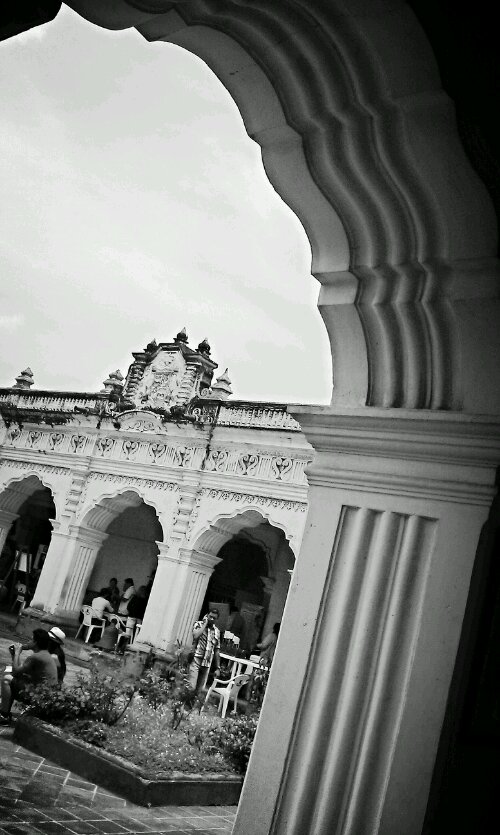 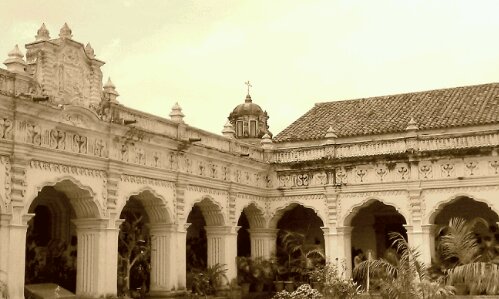 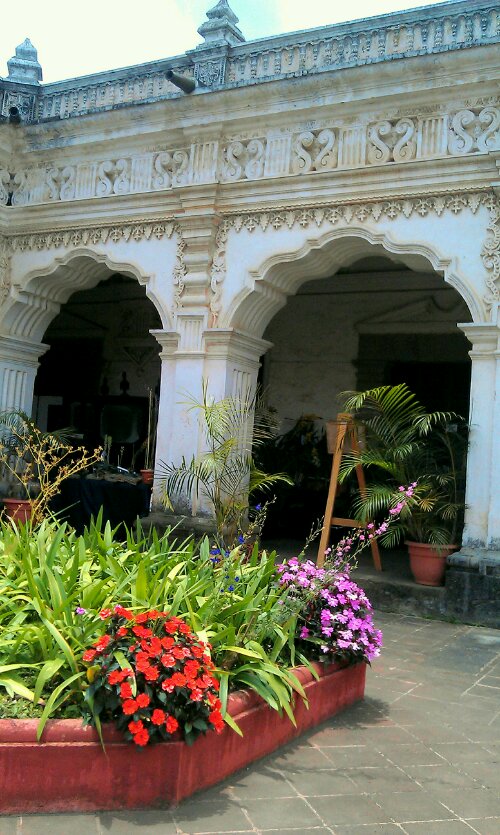 And amazing colours in the artisan markets … 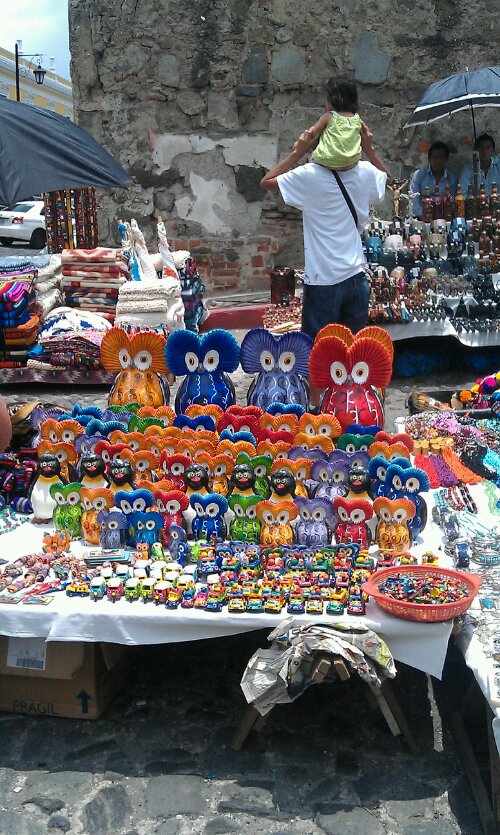 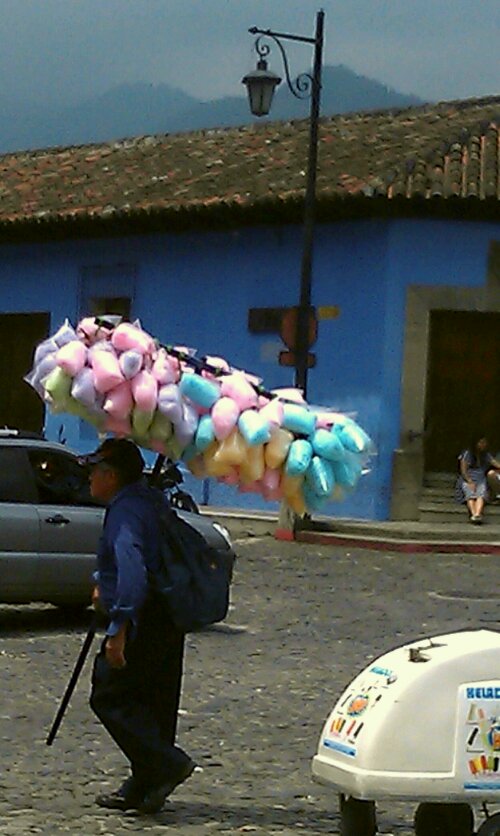 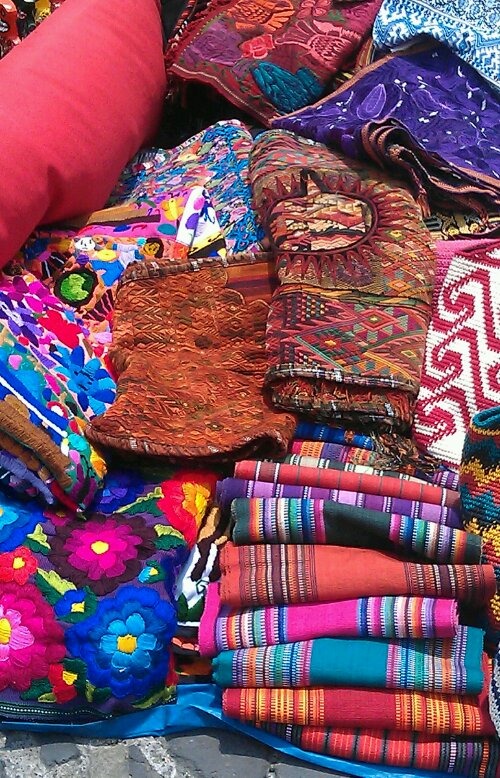 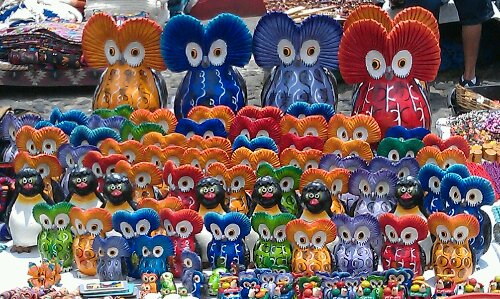